"The future belongs to young people with an education and the imagination to create."
–President Barack Obama
Art is a Political Act
Art and Politics /  Exploring Your Medium
Political art is the way through which social and political life is reflected. 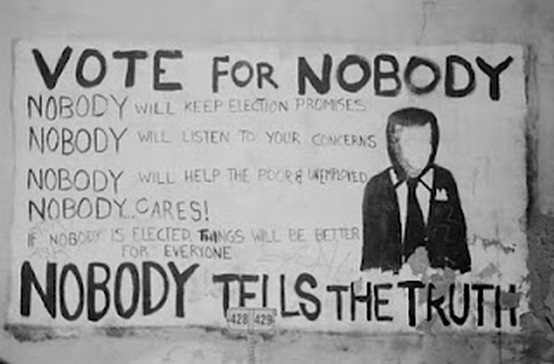 “Logic will get you from A to B.  Imagination will take you everywhere.”
–Albert Einstein
“I must study politics and war, that my sons may study mathematics and philosophy…in order to give their children the right to study painting, poetry, music and architecture.”
–John Q. Adams, 2nd U.S. President

Thematic objectives:
This semester will explore a specific theme while providing an opportunity to pursue individual passions. I want to encourage you to find and utilize your medium of choice. Together with Eli’s American Government course, we will thematically explore the relationship between art and politics. A portion of the semester will focus on election and campaign issues, while also giving time to broaden and build on our personal artistic strengths.

This class of 2013 has produced a variety projects in the past two years and this third year of fine art will give us the occasion to respond to assignments while keeping our personal strengths and interests at heart.

Students who have found their artistic voice and medium of choice,will be encouraged to further explore and develop these talents. For instance, if there ever is an occasion where a student feels like the project could be addressed as a video, collage, sculpture, musical composition, fashion design, etc…, I want to encourage each student to propose an alternative means to confront the topic. Not all assignments will allow for this opportunity, but my hope is that each student will think about how they might approach the proposed theme with their own voice and medium in mind. Though it is ordinarily my desire to keep a commonality and cohesiveness within each project, I understand that seniors should have the option to work in a medium where they are able to speak most confidently and clearly.

Artistic expression has an unlimited amount of avenues to exploit, and it is important that students find artistic outlets through whichever discipline or medium they are most drawn to.

“Art is a nation’s most precious heritage. For it is in our works of art that we reveal to ourselves and to others the inner vision which guides us as a nation. And where there is no vision, the people perish.”
–Lyndon Johnson, on signing into existence the National Endowment on the Arts
"I don't think artists can avoid being political. Artists are the proverbial canaries in the coalmine. When we stop singing, it's a sure sign of repressive times ahead."
-Theresa Bayer
The world of politics is always twenty years behind the world of thought.
-John Jay Chapman
"A man younger than 30 who's not a liberal has no heart and a man older than 30 who's not a conservative has no brain."
-Winston Churchill
“The arts significantly boost student achievement, reduce discipline problems, and increase the odds students will go on to graduate from college. As First Lady Michelle Obama sums up, both she and the President believe ‘strongly that arts education is essential for building innovative thinkers who will be our nation’s leaders for tomorrow.”
-Arne Duncan, U.S. Secretary of Education
"Politicians don't bring people together. Artists do."
–Richard Daley, Former Mayor of Chicago
DefiningPolitical Art: