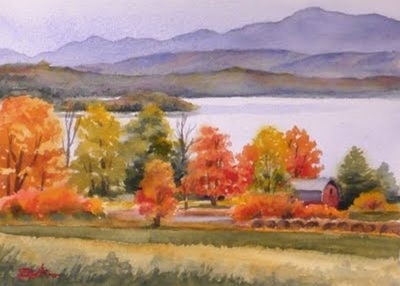 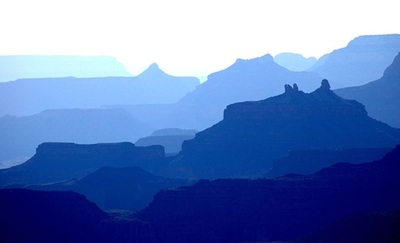 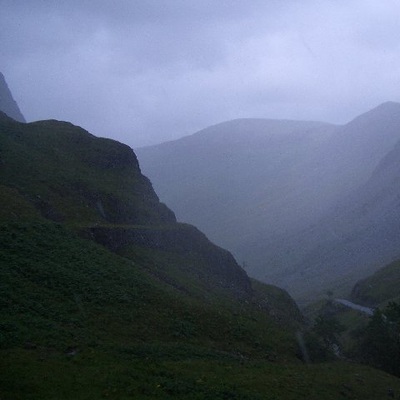 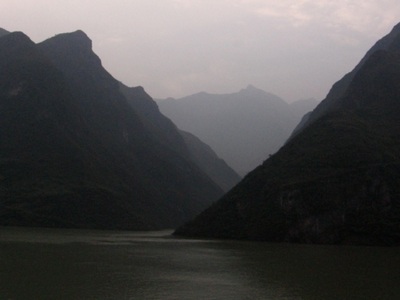 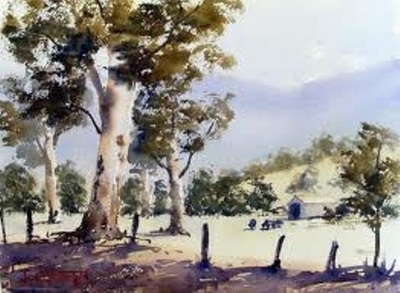 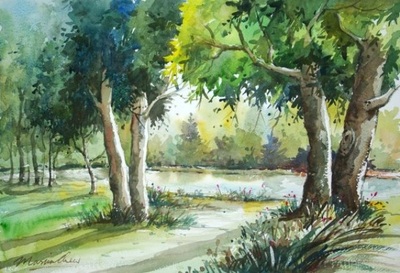 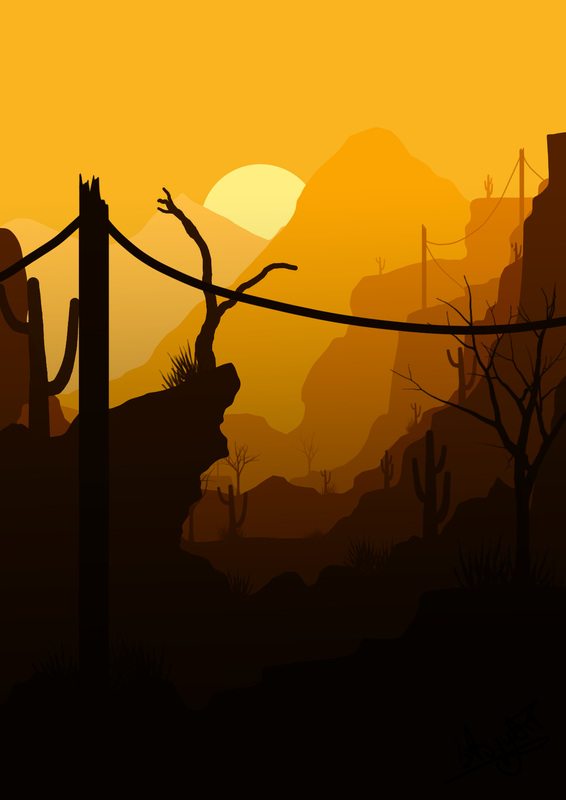 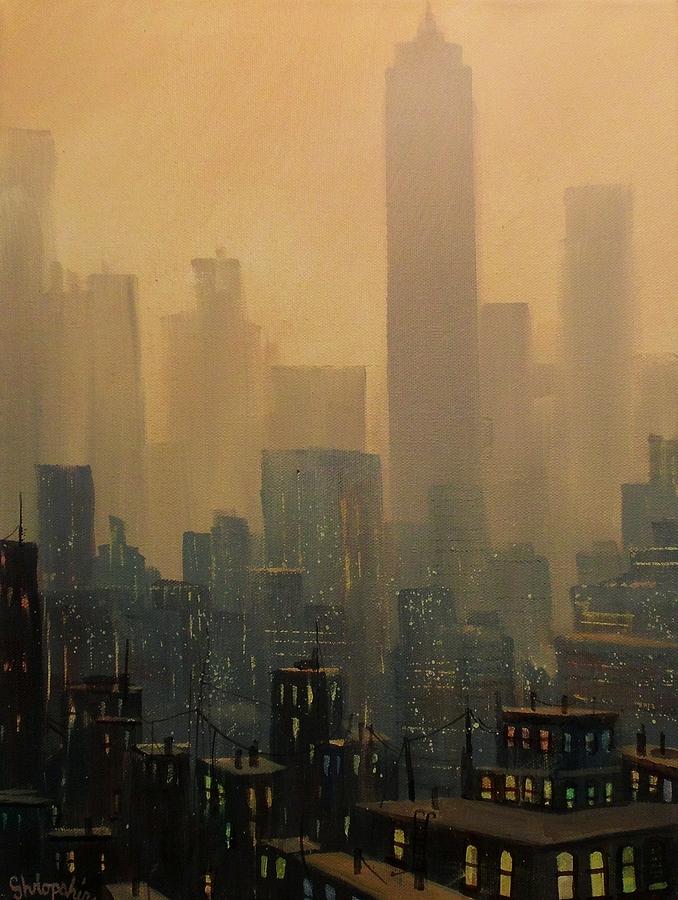 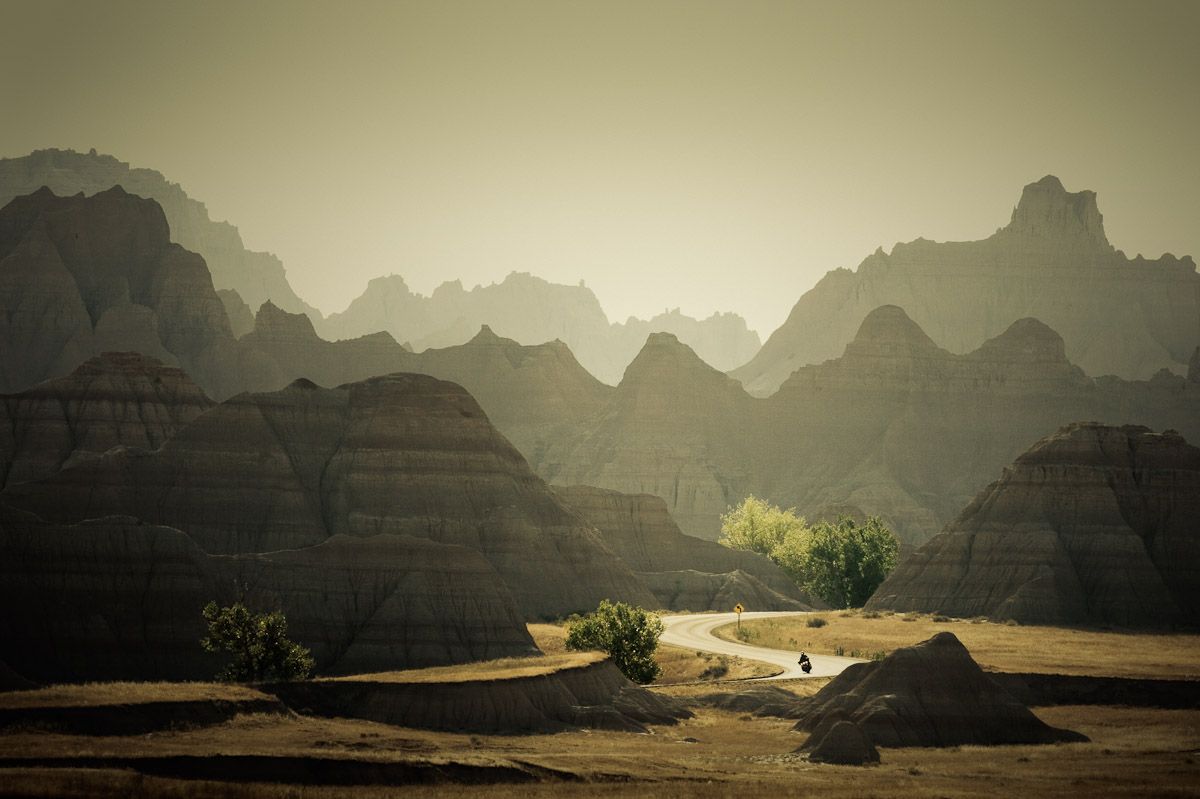 Read on to discover eight of the most important things you need to know about atmospheric perspective: 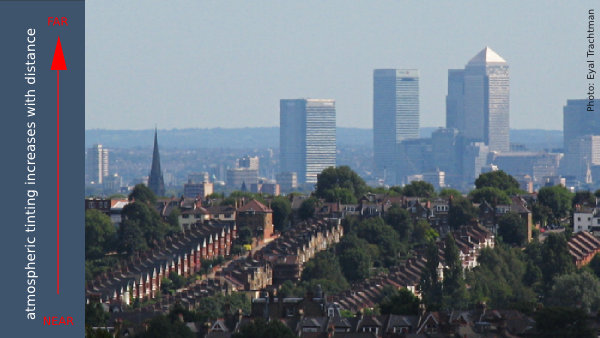 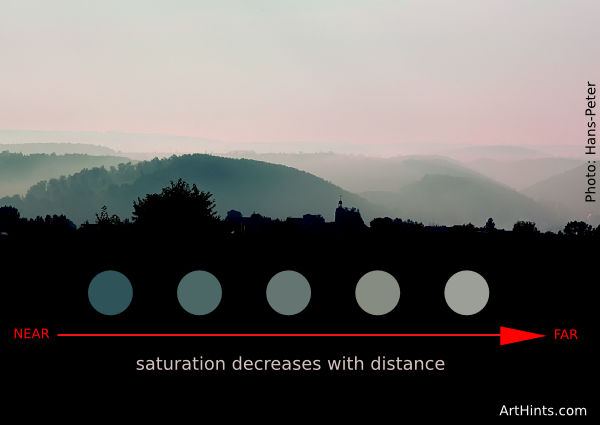 (2) Contrast decreases with distance.Decreased saturation and contrast explain why it’s harder to see/resolve fine details for far away objects even through binoculars. Low contrast means that there isn’t much difference between the brightest and darkest areas. Low contrast does not mean blurred!

(3) Brightness increases with distance.Have you noticed how in many movie scenes, anything near the camera is usually darker than what’s farther away? See if you can spot this next time you watch a movie. Film directors will often “smoke a set” with dry ice and then back-light the smoke to achieve an atmospheric effect, even for outside sets like jungles where lots of smoke is needed! 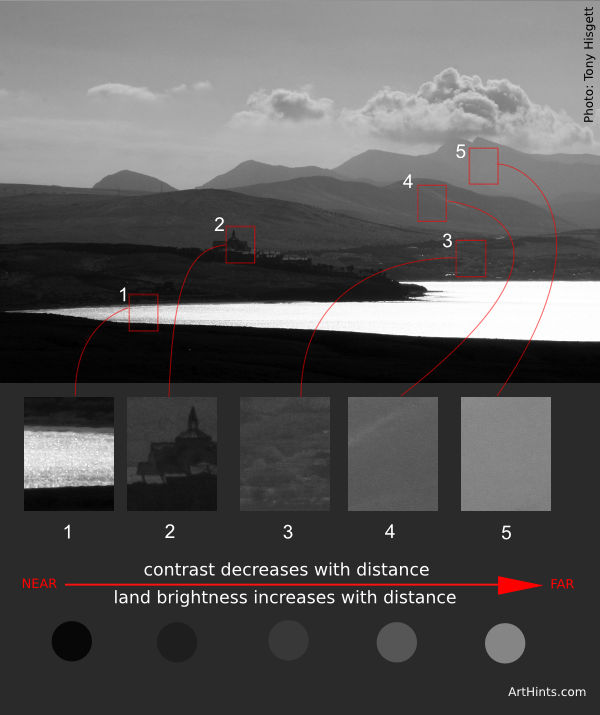 The above diagram shows how aerial perspective affects contrast and brightness. Area 1. has maximum contrast between the land and lake with the land being almost black. By the time you reach area 5 the contrast is almost gone and brightness has increased.

(4) Edges remain sharp even when far away.Look closely at the images in this post to convince yourself this is true, particularly at the edges of mountains. There are two exceptions to this rule:

a. You want to blur the background on purpose to create an out of focus effect (technically called camera lens depth of field effect).

b. Heat induced shimmering effect as in the desert mirage, looking through jet exhausts, and reflections above hot tarmac. This is caused by variations in atmospheric gas density acting as a lens between the viewer and the object.

(5) Atmospheric Perspective Is Even Visible at Night! 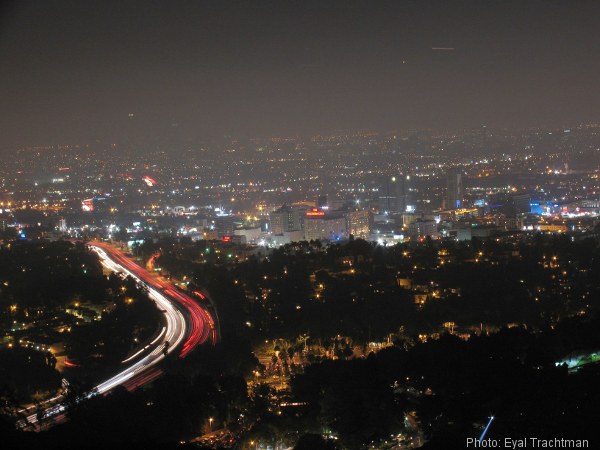 In this long exposure of Los Angeles you can see  the aerial perspective in the upper half of the frame.

(6) Atmospheric perspective appears in media other than air.Examples include underwater and in the atmospheres of other planets

In this Mars vista taken by the rover Spirit, note the yellow-orange atmospheric color tinting the mountains in the distance.

(7) As the aerial perspective effect intensifies (e.g. heavy fog, pollution), the distance at which objects take on the atmosphere’s color and value decreases.In other words closer objects become more affected by atmospheric haze as the effect intensifies. 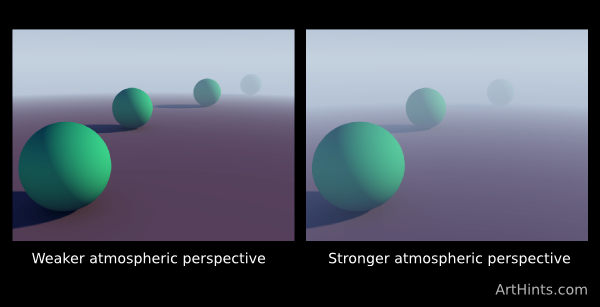 (8) Atmospheric perspective may be weakened by strong lighting.If there is extra lighting on something in the distance – for example due to the sun illuminating something through a break in the clouds – that lit object will regain more of its original contrast and saturation compared to unlit objects at a similar distance. 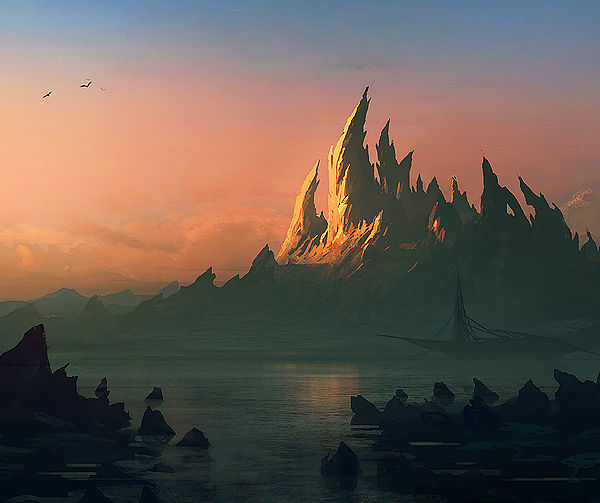 The mountaintop lit up by a ray of sunlight is visible in great detail compared to its darkened surroundings. The fog shrouded ship silhouette adds a sense of mystery to the piece. Studying Andrée’s painting it is clear he deeply understands aerial perspective and has applied this knowledge to impressive effect.

With these 8 points in mind,  try noticing the aerial perspective effect when you’re outside, in artists’ paintings, photographs, video games, in movies and on TV. It is an effect that is used often and adds mood, beauty, drama, and a cinematic quality to imagery.